Everything has consequences, but a lot of the time it seems like far too often the planet and environment are on the receiving end of negative consequences.

The recent boom in fracking has caused the reduction of gas prices as supply has increased, however, this means that fossil fuel companies will lose out. As a result, these companies have decided to bolster their profits by simply making more plastic (what a smart thing to do… not.) Of course, this has some serious consequences for climate change and the environment.

We’re currently experiencing the lowest gas prices since 2016, which has resulted in the largest companies such as Exxon Mobil and Shell investing into plastic production. As a result, The World Economic Forum now expects plastic production to double be 2040 (just as everybody thought the world began to start making change for the better.) 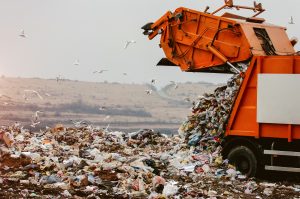 The problem for planet Earth, is that plastic production poses an immense pollution problem and a challenge greater than any other.  On the world’s current trajectory of plastic production, we will jeopardize our ability to keep global temperature rise below 1.5 degrees.

Whose fault is it?

Despite these giant organisations seeming to be at fault initially, there must surely be a demand for the amount of plastic that they’re planning to produce in order for it to be profitable? Demand needs to therefore reduce, and that relies on everybody in the world.

Maybe you could make some changes to your lifestyle or business to reduce the amount of plastic you’re using?

Let us know what changes you plan on making – email us at lauren@greener-side.co.uk!