According to a new report, the Government’s current approach “completely fails” to deal with the root cause of the plastic problem.

Some of the major initiatives that have been implemented by the Government include addressing individual uses of plastic, including plastic bags and microbeads, however, a report by Green Alliance suggests that while banning individual items that are considered damaging to the environment is necessary, this approach completely fails to deal with the main root cause of the world’s plastic problem. 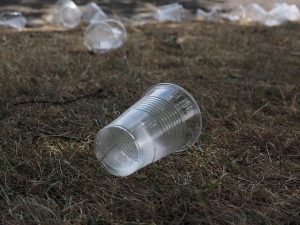 The report goes on to suggest that the UK’s ‘throwaway habit’ is the main issue to be concerned with, which doesn’t only include plastic. While the UK’s current approach is helping only ever so slightly to reduce marine plastic pollution, it’s not likely to deliver any kind of significant improvement, while at the same time, plastics which harm the environment are only being replaced by other materials which are also a sustainability risk.

Essentially, plastic isn’t the only issue. Yes, plastic has some terrible consequences for the environment and our health, but if we’re only going to replace it with another material or resource that has similar effects, we’re not going to progress as the issue is still at large.

One example given is the new ban on plastic straws, stirrers and cotton buds, but this has only pushed companies to substitute plastic for other materials in these products without reducing their single use nature, which will of course only cause other issues elsewhere.

Another initiative that was considered quite major was the plastic bag tax introduced in October 2015 by Greenpeace and EIA, which showed that the charge for single use plastic carrier bags has only led to a dramatic rise in the use of much thicker bags for life, which is potentially increasing the amount of plastic used by families.

How can we fix the problem?

We believe that the Government’s policy should set out to widen their policy to focus on tackling all resources and their environmental impacts, not just plastic. The UK also needs further education on the scarcity of resources, as things we use in our daily lives aren’t currently valued enough.

What do you suggest? Let us know your thoughts by sending us an email!