Skip to content
Home » Uncategorised » Are the UK struggling with their plastic addiction?

Recent news reports suggest that the UK are still having issues in finding final destinations for their single-use plastic. It was announced on the 20th January by Malaysia’s Environment Minister that 150 containers full of plastic waste were shipped back to a number of countries.

In total, the containers hold 3,737 tonnes of plastic waste that were allegedly brought into the country illegally. For these 150 containers, the UK, France, United States, Canada, Spain and Japan were all held responsible, with the UK (42) and France (43) being returned the majority of the containers. 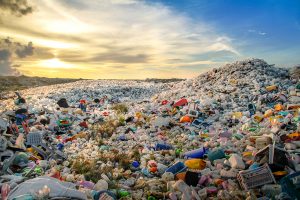 The UK’s response was that it “stands ready” to work with Malaysia over illegal waste exports. The issue is that none of this plastic is exported knowingly – the majority is done illegally.

This clearly suggests that the UK needs to start finding ways to cope with their addiction to plastic, and rather, what happens to it at the end of its’ life cycle.

Recycling and remanufacturing should always be the answer, and that’s what we suggest to you.

Used toner cartridges and printing components are no different and are actually classified as WEEE waste, meaning they should be dealt with as such. Our recycling service provides you with peace-of-mind, knowing that your used products won’t end up in a landfill, nor will they be shipped abroad. They’ll be remanufactured or stripped apart in order for each material to be used in the production of a new product.

If you have any questions about recycling or our service, please feel free to contact us.