No, we’re not done with Brexit yet. The economy and immigration are the most discussed topics surrounding Brexit, but what about recycling?

UK recycling has certainly improved over the last ten years, but that can be attributed to rather strict EU legislation and recycling targets. In fact, roughly 80% of the UK’s environmental legislation has been created by the EU, including the European target of 50% of household waste to be reused or recycled by 2020. 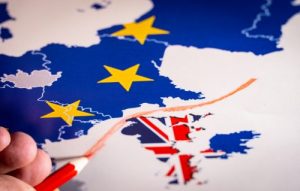 Without the legislation provided by the EU there are certainly concerns that UK recycling rates are likely to diminish after Brexit, however, during his reign as Environmental Secretary Michael Gove has affirmed that the environment will not be worse off after Brexit and could in fact leave space for innovation and opportunity.

Under current EU legislation the UK is set to recycle 50% of waste by 2020 with that target set to rise even further to 65% by 2030 and the UK Government have already expressed that this is not achievable, with our current recycling rate sitting at 44%.

It looks for certain that leaving the EU will certainly leave us setting our own, more lenient waste targets which would potentially lead to our recycling as a country taking a step backwards.

It’s Time to Play Your Part

As a company we’re still fully focused on the idea of a circular economy, and you should too, regardless of how low or high recycling targets are set post-Brexit. Resources are scarce and will only continue to diminish over the next few years, making it vital that we make use and REUSE as much as we can. Reuse of materials is heavily dependent on recycling. Investment into recycling must happen and product manufacturers must play their part.

What do we do?

The Greener Side is an award winning and fully compliant recycling service. We’re at the forefront of the campaign to achieve a circular economy and reduce the amount of plastic that is sent into our landfills. To find out more about our service please email us.